Lift the legal complexities and make the auction process simple and visible for a user to bid on a Smartnumber™.

Discussions with stakeholders revealed usability issues and problems that users faced. Buyers made frequent calls to helpdesk in order to understand the process of bidding on a Smartnumber™.

I sketched concepts and prepared to test the paper prototypes

I wrote an activity-scenario to facilitate the usability tests. 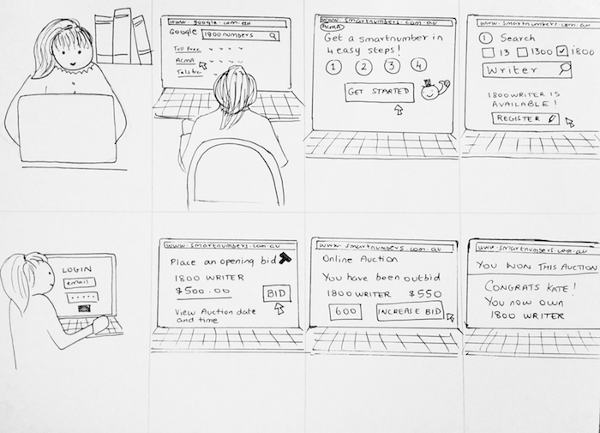 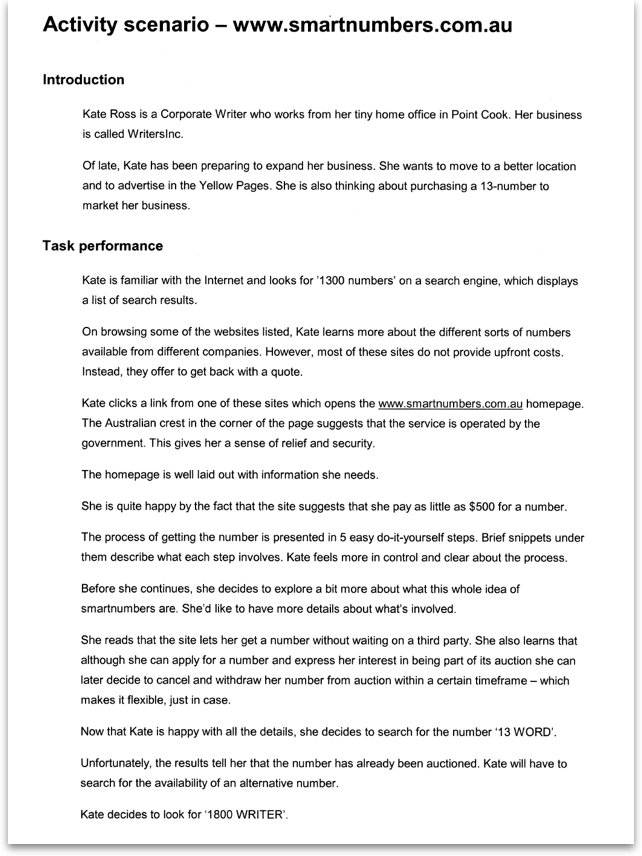 Based on feedback from user testing, I iterated the design and tested with users again.

I created a click-through prototype in Axure and tested the prototype with users, iterating the design based on feedback. 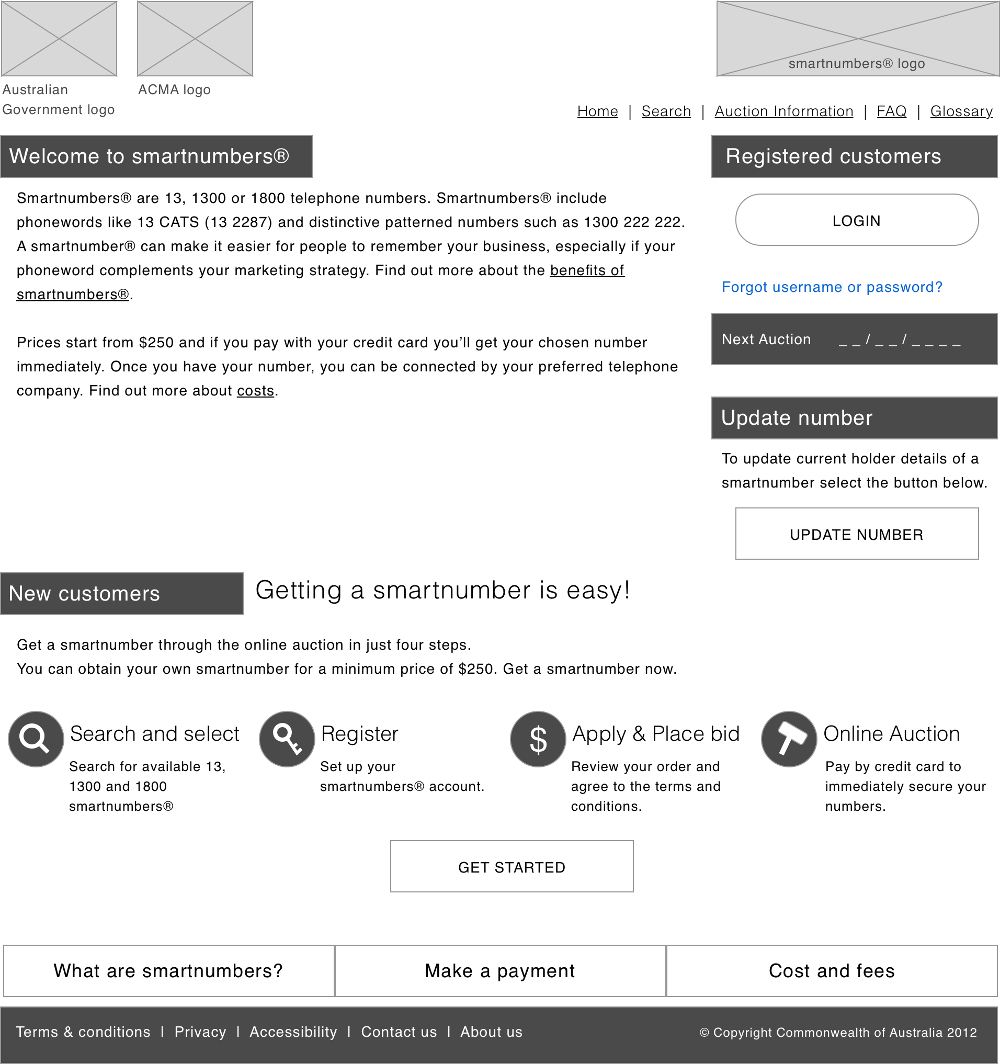 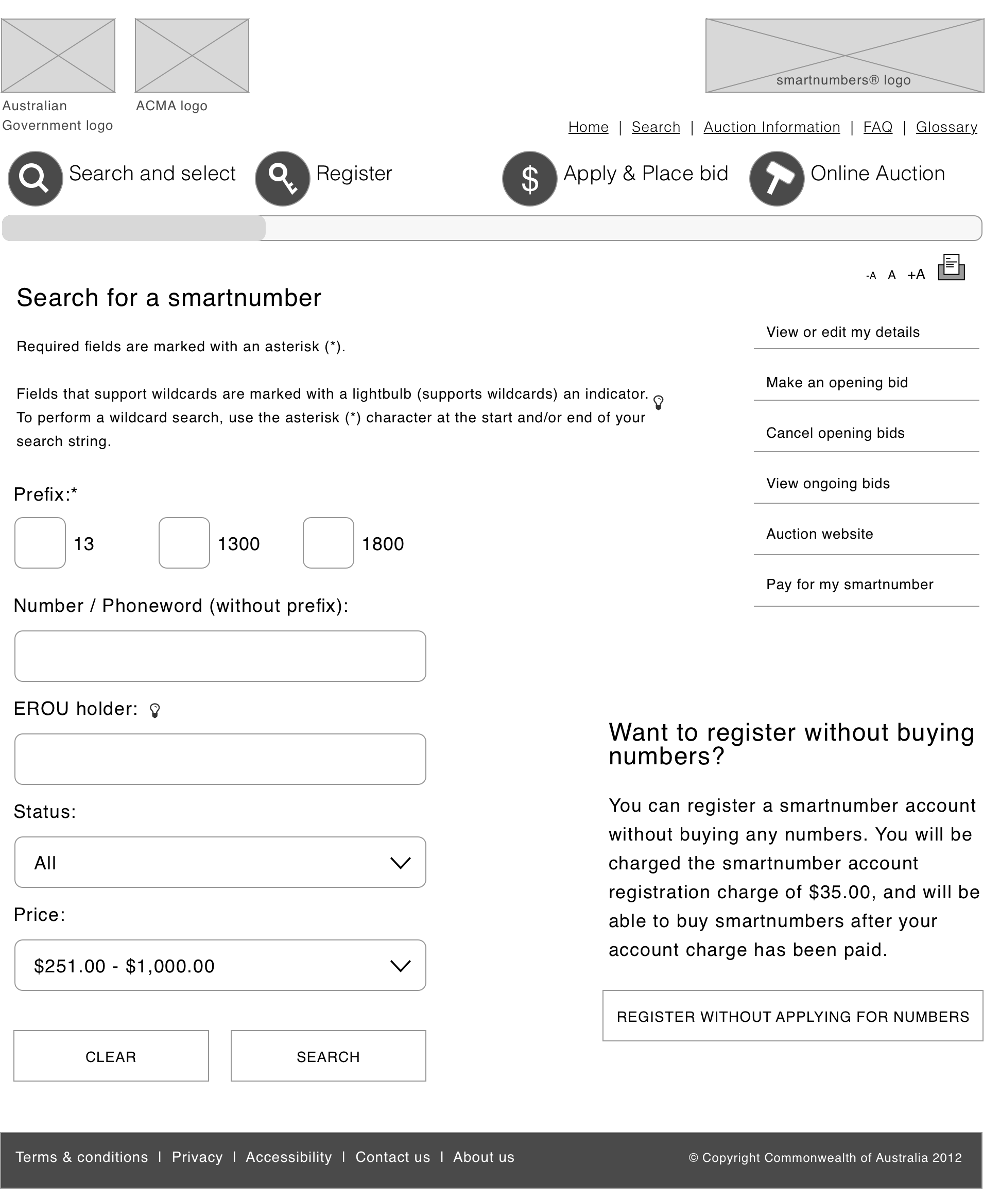 I made a Summary of Recommendations based on the usability testing of the prototype. 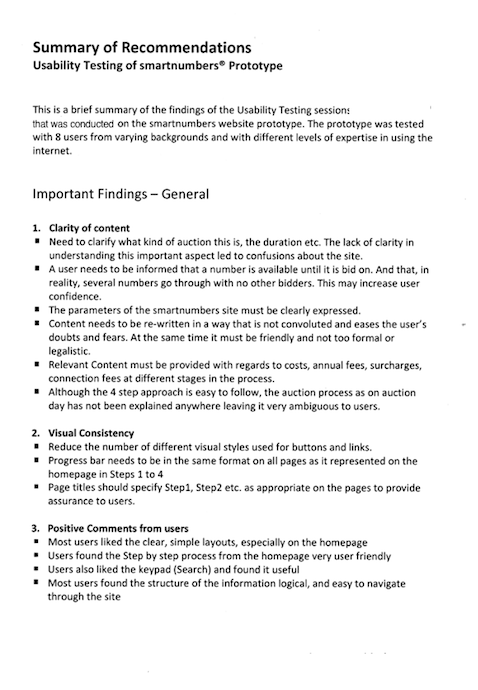 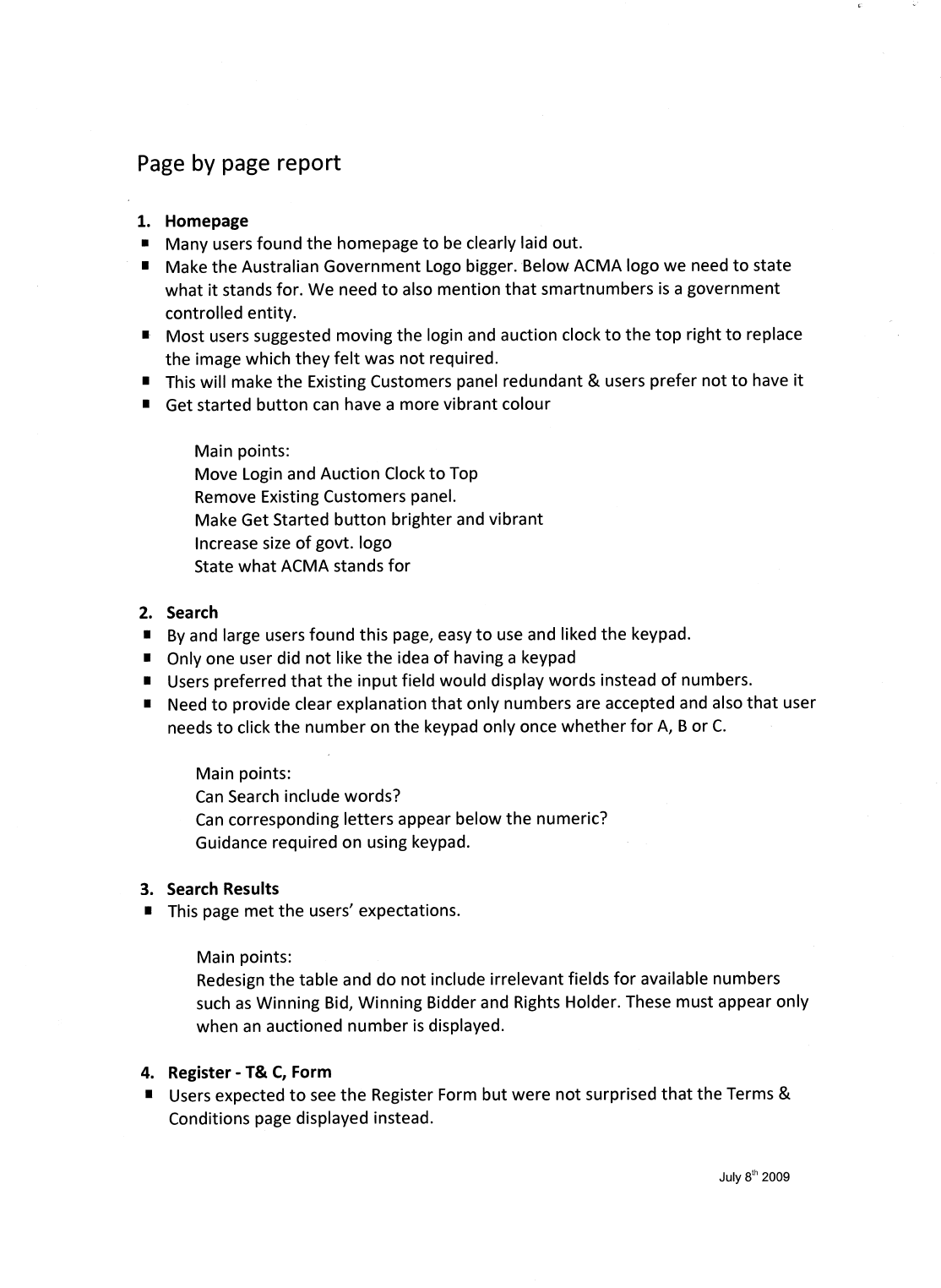 I designed the UI and created the style guide, working with a developer to implement the front end design. 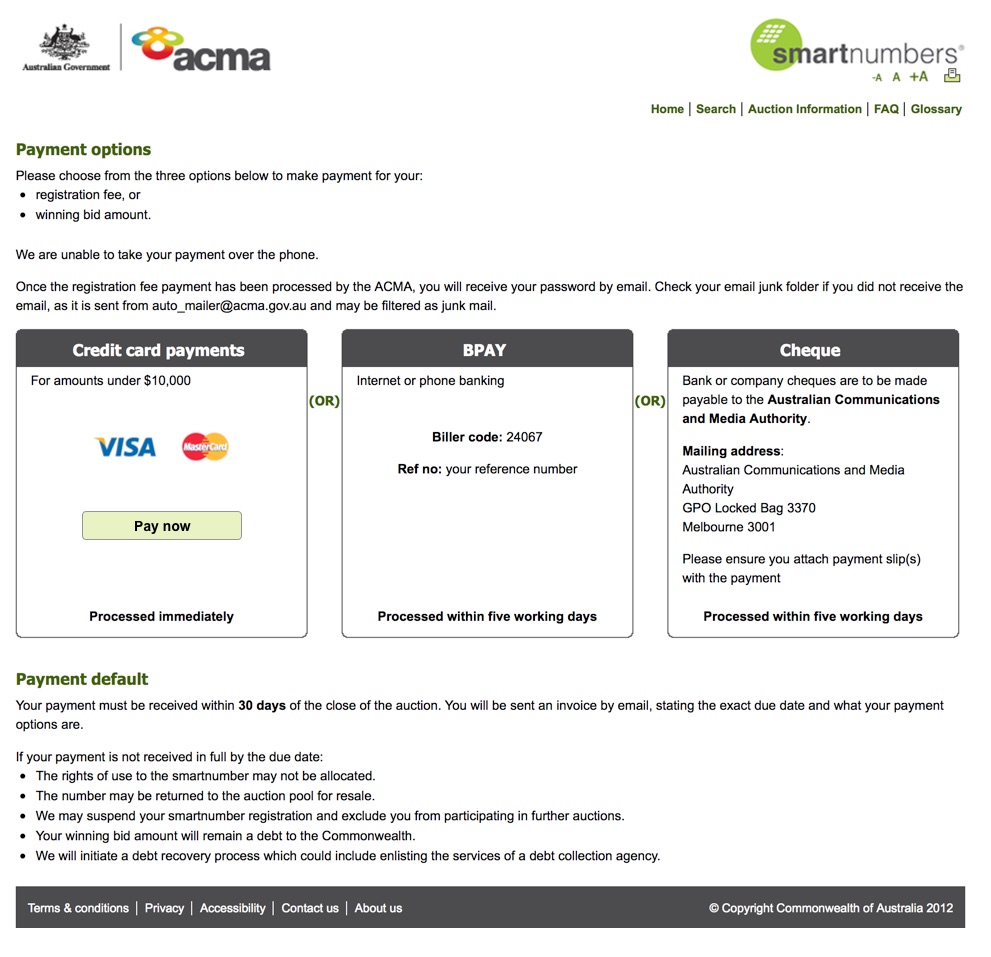 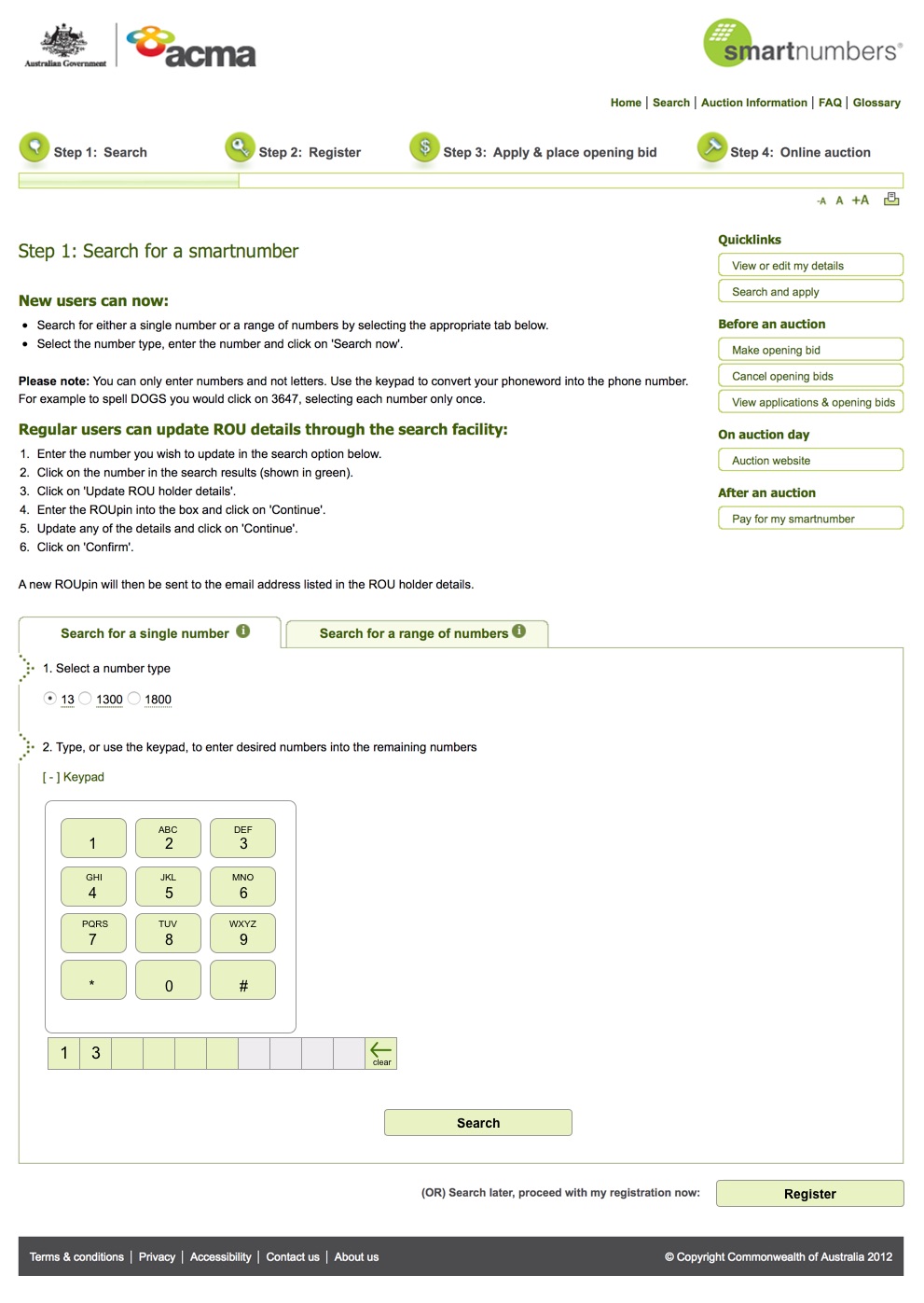